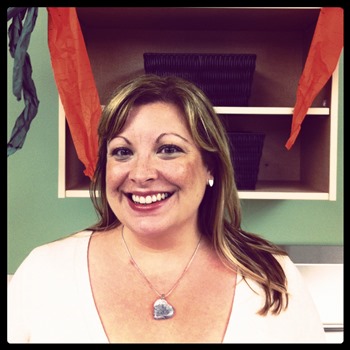 April Neujean is a Nutrition Educator at Cornell Cooperative Extension of Jefferson County, New York.  April has recently joined the organization and was previously the founding Health and Wellness Manager for FirstLine Schools in New Orleans.  In this role, April was able to successfully launch a comprehensive school wellness initiative at the district level as well as each of the five school campuses.  This involved forming and facilitating wellness committees at all six sites as well as creating and executing wellness assessments and using that data to deliver evidence-based initiatives aimed at improving the wellness of the school communities.  This work resulted in some exciting new programming including: parent cooking classes, family food and fitness events, school wellness fairs, and evening fitness classes for staff and families.

Prior to becoming the Health and Wellness Manager, April was one of the founding staff members of Edible Schoolyard New Orleans (ESYNOLA), a nationally recognized food education model aimed at changing the way children in New Orleans eat, learn, and live.  As the Founding Lead Chef Educator for ESYNOLA, April built the teaching kitchen programming from the ground up, writing lesson plans and recipes; creating special events; leading classes for both kids and families; leading the charge to incorporate fresh fruits and vegetables, whole grains, and from-scratch cooking in the school meals program; and even helping to design school teaching kitchens and renovated cafeteria spaces.

As a trusted leader in this field, April has had the privilege of speaking to interested parties from around the country on the importance of food education, school food reform, and wellness initiatives.  This includes speaking in Washington, DC at the Share Our Strength Healthy Schools, Healthy Kids: How Chefs Can Make a Difference Breakfast as part of the kick-off event at the White House for Mrs. Obama’s Chefs Move to Schools Initiative.   In 2013, April was also a contestant on the Food Network’s hit show, Chopped.