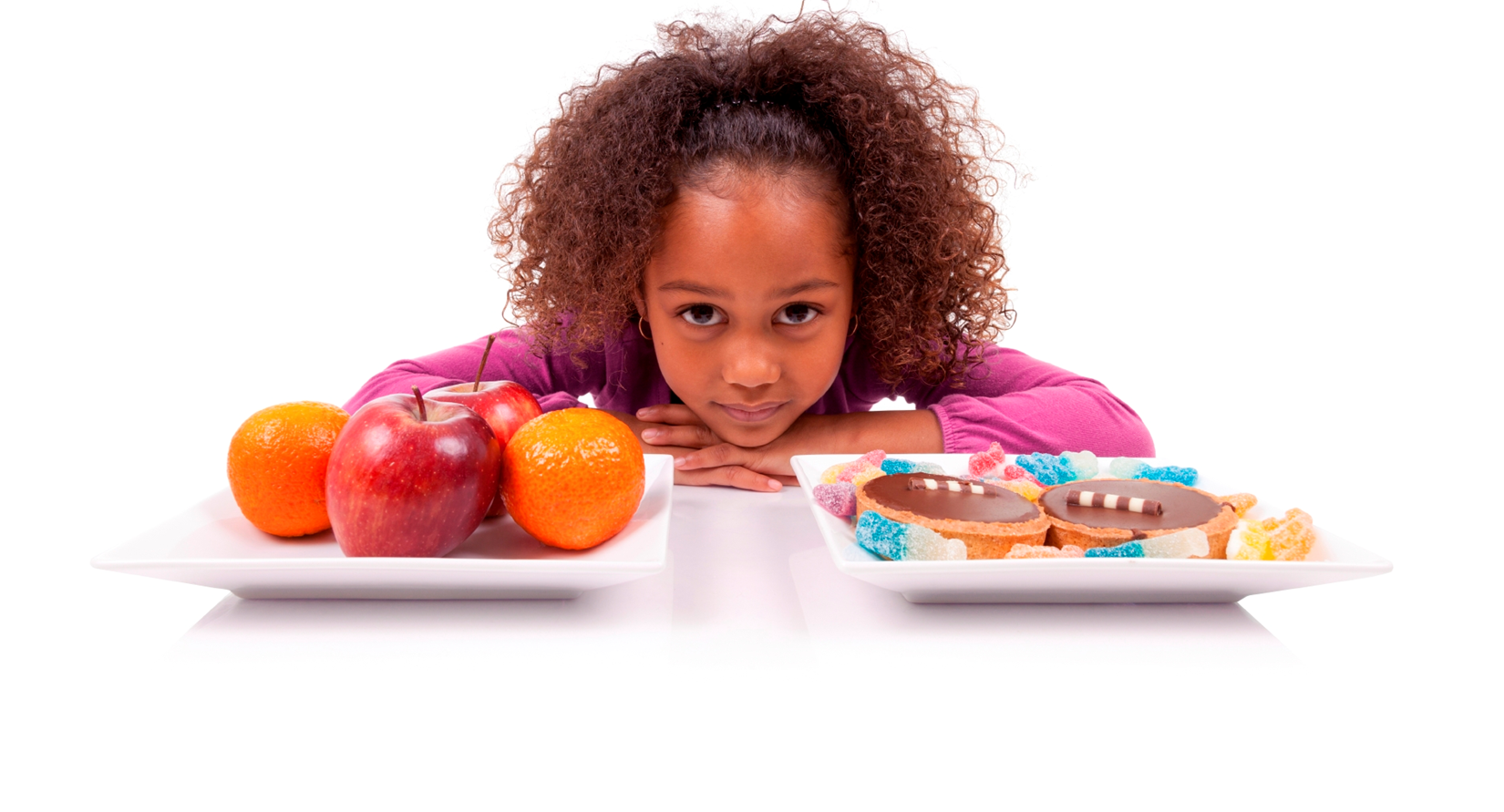 Why is it Important?

Incentives have been used in other contexts to ‘nudge’ people to make better decisions, while preserving the choice. For example – incentives have worked in encouraging adults to lose weight, stop smoking and adhere to taking prescribed medication. Here, we investigate the impact of using this approach with children in schools.

A Success Story for Incentives 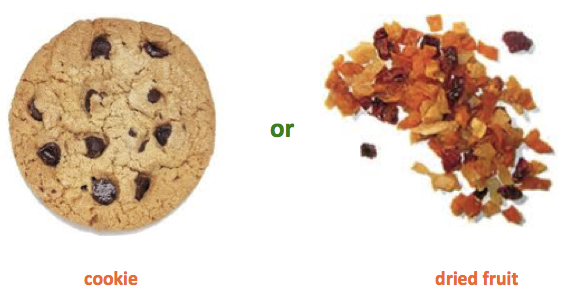 Researchers at the University of Chicago and the University of Wisconsin-Madison worked with the Greater Chicago Food Depository to investigate the effect of incentives on nudging children to make healthier dessert choices in the school cafeteria. Seventeen after-school programs in the Chicago-area, which together serve over 1,000 school-aged children, grades 1-8, in their Kids Cafes, participated. The after-school programs in this study were aimed at low food security areas with high rates of children eligible for Free/Reduced School Lunch.

Children were given a choice between two desserts, following their after-school meal: A cookie and a dried fruit cup. Each child could choose only 1. 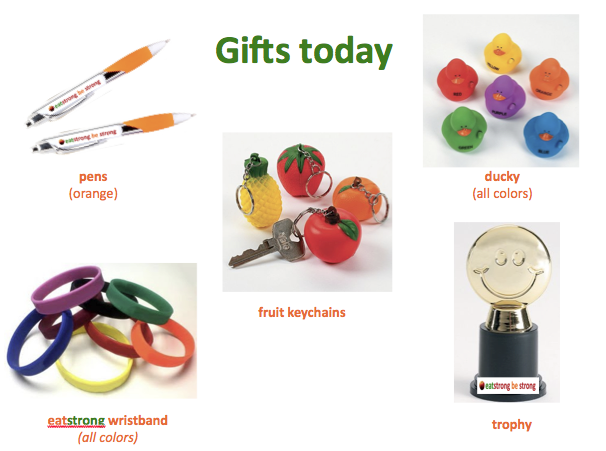 This was a field experiment so some Kids Cafes were randomized to receive an incentive for choosing and eating the fruit, while other Kids Cafes were a ‘baseline’. Using such a method means that researchers are able to definitively report that the intervention caused the desired behavior. The incentives were small toys, costing just 15 cents each or less, that promoted fruit: fruit key chains, fruit colored wrist-bands, trophies and pens with the message ‘eat strong to be strong.’ 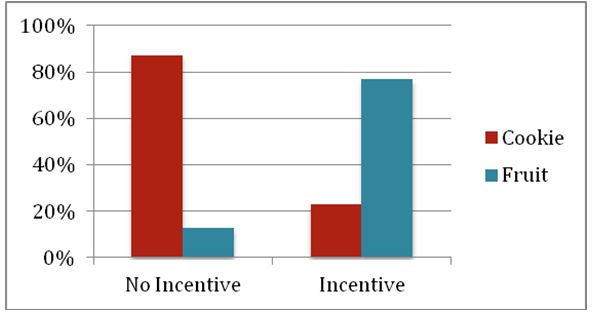 When you use incentives, be creative! The team at the University of Chicago and University of Wisconsin-Madison are now looking into the impact of even smaller incentives – such as stickers, small erasers, and so on.