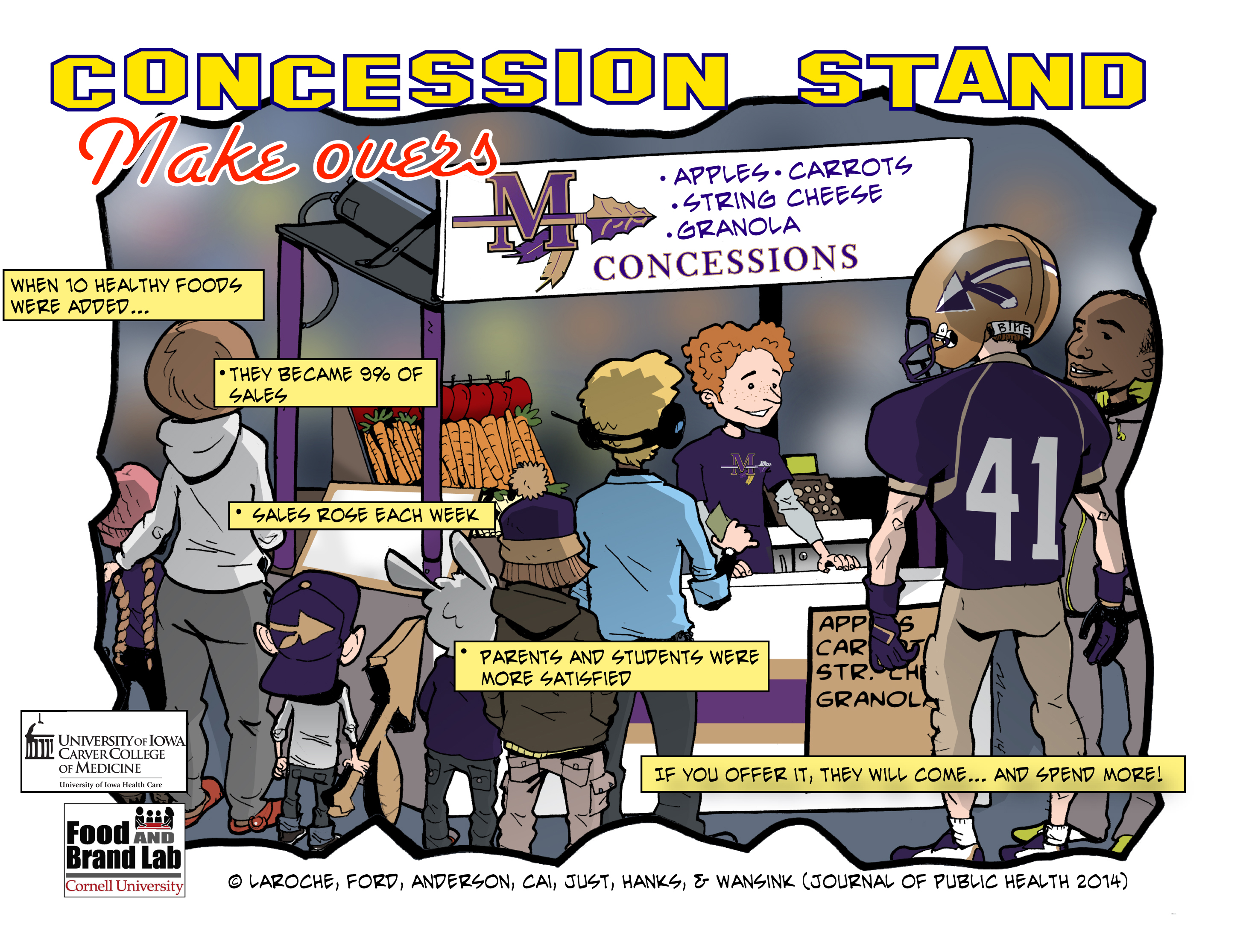 Nachos, hot-dogs, and buttered popcorn: what do these foods have in common? They are all American sporting event concession stand classics! Concession stands at high school sporting events are often organized by booster clubs who use the stands as a way to raise funds to support student organizations, clubs, and teams.  Booster clubs are often run by parents and community members who volunteer their time to help raise money.  “With raising money as a top priority, it is logical that concession stands offer the foods that people know and love; however, offering and eating only less healthful foods at sporting events provides a poor model for children learning to make their own food choices,” says Cornell Food and Brand Lab researcher Drew Hanks, PhD. There is good news, though:  a 2014 study published in the Journal of Public Health shows that redesigning the concession stand to offer healthful foods alongside the less healthful options actually increases sales overall.

At Muscatine High School in Iowa, researchers collected sales information from two consecutive fall sports seasons. In the first season, the regular concessions were available; in the second season, new foods were added including, carrots, apples, grilled chicken sandwiches, and string cheese.  Also, several classic foods were made from ingredients with less saturated and trans-fat in the second season. With the addition of these new options, overall profits increased and sales of the new healthier options increased as the season when on. Not only did the concession stand have a great season, but according to a survey conducted by the researchers parents indicated that they were more satisfied with the concession stand after the change!

Making a concession stand more successful and more healthful can be as easy as adding a few more nutritious options. This study shows that removing the ball-park favorites isn’t the only way to get patrons to eat healthier, so add some fresh, healthy foods to your stand and let the fans make the call!