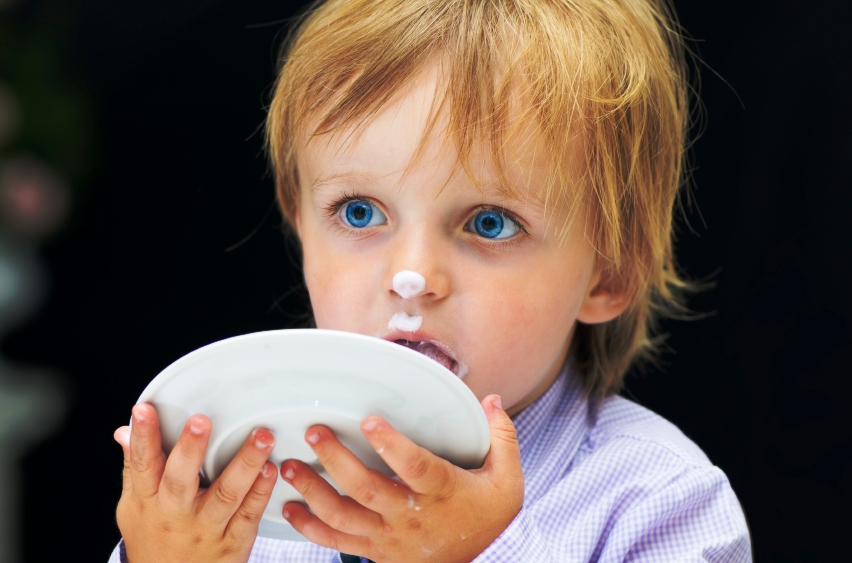 Finish everything on your plate, is a common house hold rule. What many parents don’t realize is that this rule might cause negative eating behaviors in the long run. According to a study of pre-school children and their primary meal providers, parents who insist that their child clean his or her plate may be asserting excess control that could backfire if it inhibits the development of their child’s self-control around food.

To explore this hypothesis, a study was conducted in 2008. In the study, researchers   surveyed the meal providers to determine how often and how insistently they would tell their child to clean their plates. Meanwhile, the children were given two differently sized bowls and asked how much of a popular presweetened cereal they would like to have for their morning snack.  The study found that preschoolers who were more often told to clean their plates were also likely to request larger portions of food when away from home. This association was significantly stronger for boys than for girls.  When the researchers compared the child’s selection to their mother’s BMI they found that the preschool girls were selecting more cereal than other preschool girls with mothers of similar BMI; indicating that modeling behavior can have significant impacts on eating behaviors.

Micro managing children’s eating habits when they’re young might lead to negative eating habits later in life and in this case, overeating. Alternate approaches to consider are to provide moderate portions and smaller bowls. Also, model good behaviors, and encourage children to taste all foods at a meal before asking for additional servings. 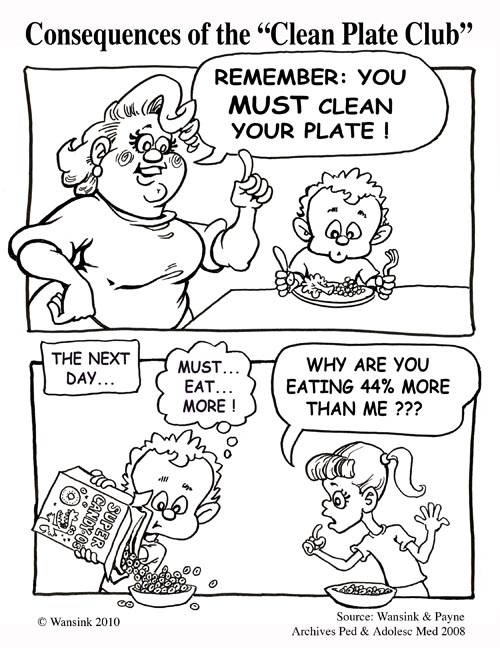