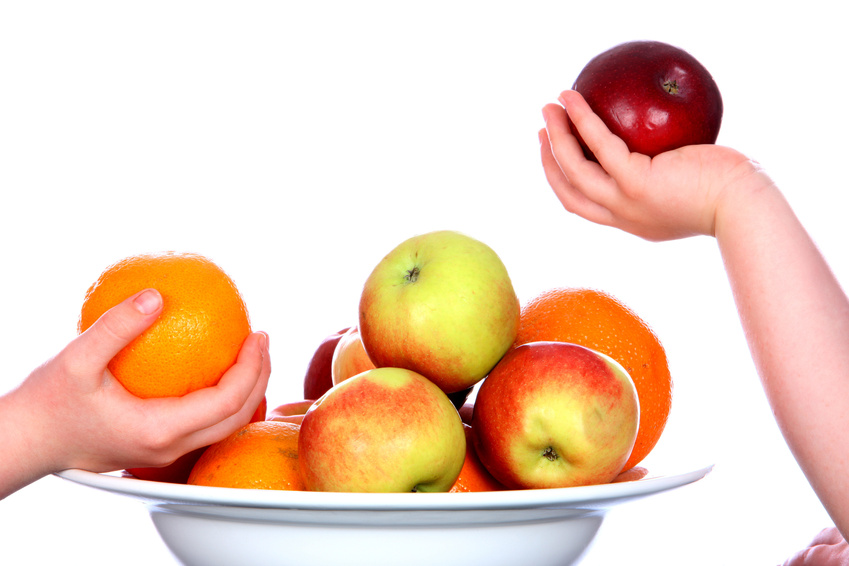 We can influence many children by intervening in the school lunchroom. As part of the response to this, the National School Lunch Program (NSLP) as directed by United States Department of Agriculture (USDA) in The Healthy, Hunger‐Free Kids Act of 2010 seeks to ensure that meal patterns and nutrition standards are updated based on the latest Dietary Guidelines for Americans. However, the USDA has also reported very high “plate waste” and students “turning up their noses” at fruits and vegetables. Within these challenges, increasing demand for healthy food by changing food behavior is possible and researchers have shown promising results.

A field of study that merges psychology and economics called behavioral economics seeks to understand the “why” behind the decision that we make and also suggests the “how” behind changing those decision. Students in the lunchroom make a major decision, the food choice decision. Several successful interventions in the school lunchroom have used two common tools suggested by behavioral economics: nudging and choice architecture to increase healthy food choice and consumption in school lunchrooms at low cost. Nudges are the uses of subtle choice architecture modification to prompt healthy food choice decisions. Choice architecture interventions are modifying the environment where decision are made without letting the decision makers know that their decisions have been influenced. These tools are low cost, provide encouragement in favor of healthy food choice while preserving the freedom of choice among children in school lunchroom setting.

However, regardless of the type of nudging or choice architecture modification technique being used, all of the reported strategies had appreciable success. A literature review from earliest available to the mid of November, 2013 found nine papers that reported research findings based on eight different types of behavioral economics intervention in school lunchroom. Different types of nudging were used to accomplish similar outcomes:  increased sales of healthier food options or increased consumption of healthier food options. In each study the behavioral economics based intervention was successful.

The literature review also revealed other papers that did not specifically report a research finding but they had promoted or reported success in promoting healthy food choice decision by applying behavioral economics’ tools including nudging and choice architecture in school lunchroom. Restricting children against less healthy option may not be the best solution to promote healthy food choice decision among children. Restriction at one location can lead to craving at another location where unhealthy options are available. Sooner or later the children will face food selection decisions in an environment that is not necessarily healthy. Instead promoting healthy food habit by ways as simple as a catchy, fun and cool name like “Spiderman Spinach Salad” gets the children’s attention and can promote healthy food habit.

This evidence of success provides opportunities for food suppliers to adopt nudging strategies to increase student acceptance of healthy foods. Despite some evidence of independent actions done by food companies a useful effort would be towards food suppliers’ and government policymakers’ active collaboration in developing improved market offerings which could include appropriate and tested tools of behavioral economics like nudging and choice architecture.

This paper leads to a needed consideration in addressing the effect of nudging and choice architecture on food supplier decisions towards a collaborative effort to promote healthy food choice decision. It should be clear that when more fruits and vegetables are consumed there is an increased demand for fruits and vegetables to be met by suppliers.  In particular, the new regulations on school lunches as encapsulated in the “Smart Snack in School” nutrition standards announcement for competitive foods (USDA news release, June 27, 2013) will undoubtedly provide a necessity that food suppliers will need to meet.

The success of behavioral economics suggests a win-win strategy of improving school children’s health without compromising food suppliers’ revenue. Food suppliers thus need to be encouraged to innovate and be rewarded for applying tested behavioral economics’ tools to make fruits and vegetables more appealing. The “Smart Snack in School” mandate may not accomplish this desirable outcome by itself. However, a complementary effort of applying behavioral economics’ tools to promote sale and consumption of healthy food options while complying with the competitive food regulations shows promise.

Take away point: The lunchroom stakeholders should work as a team in developing low cost nudges and choice architecture modification intervention to address childhood obesity through lunchroom modification.

Janani Thapa, Department of Health Policy and Management in the College of Public Health, University of Georgia