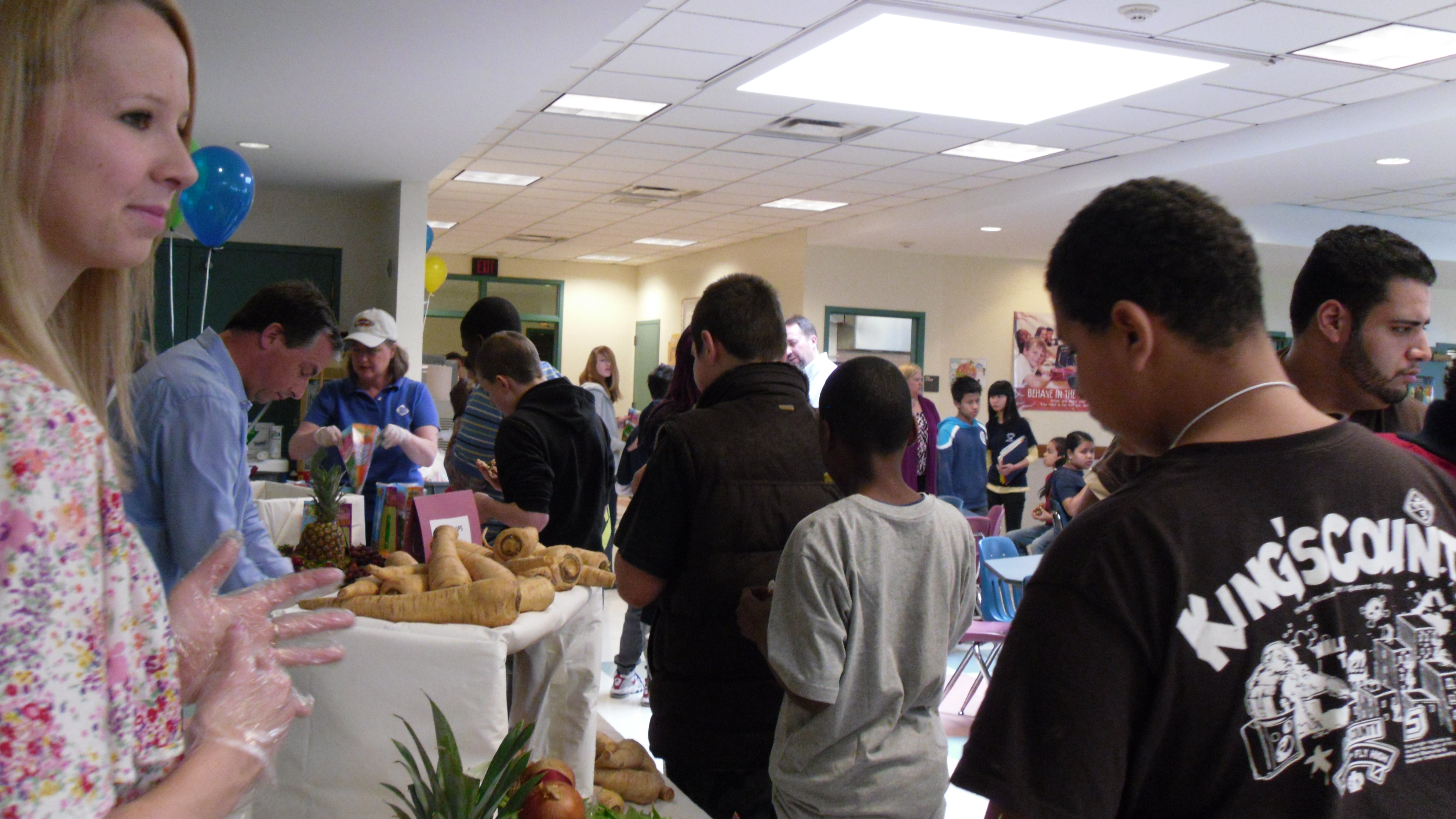 Growing up in an inner city, children of the Syracuse City School District don’t necessarily get the chance to visit farms, farms stands, and even large grocery stores. Given these challenges, many of our youth are not exposed to the bounty of fruits and vegetables that many others enjoy.  Since the district couldn’t bring the students to the farm, we brought some of the farm to the students!

With money set aside from a grant, cases of various fruits and vegetables were purchased to be showcased as a “Farmers’ Market” at Frazer K-8 School.  Familiar produce such as apples, oranges, bananas, broccoli, and carrots were brought in along with the less familiar foods such as parsnips, anise, bok choy, mango, and blueberries.  Tables were set up in a large U-shape inside the cafeteria with an abundance of  produce displayed with colorful nametags indicating the type of fruit or vegetable on display. 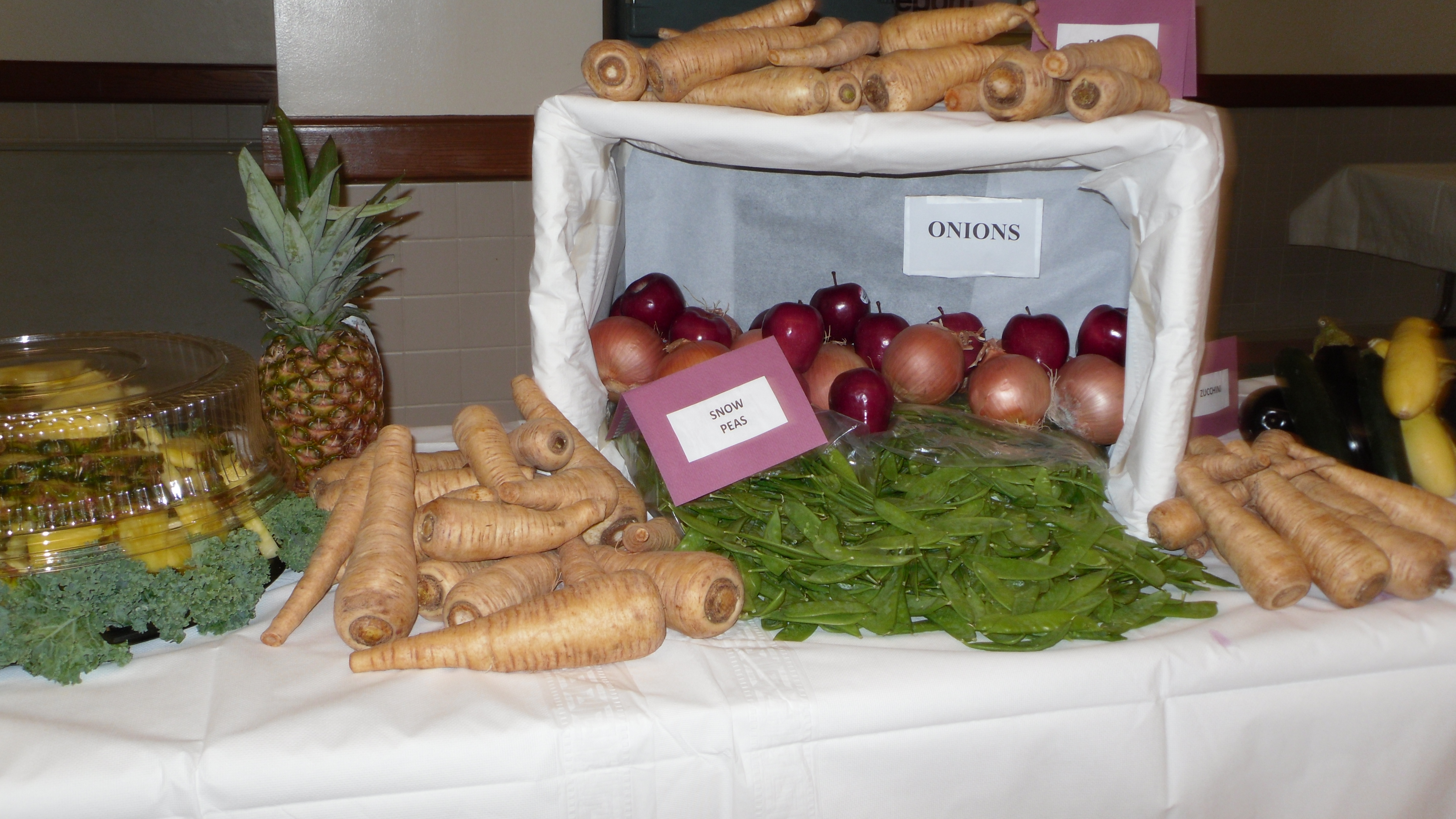 To make it even more interesting, the Syracuse City School District’s Food Service Department teamed up with Father’s Table that produces a whole wheat flat bread.  Eric Pasquale, a sales rep from the company, joined the cafeteria staff and made enough grilled vegetable pizza for all 800 students and staff to sample!  Pizzas were made on the whole wheat flatbread and layered with grilled zucchini, eggplant, roasted tomatoes and mozzarella and ricotta cheeses.

As students were called up to the cafeteria, food service staff was available to explain each of the different items available.  Students were encouraged to touch and smell the produce. Students were surprised anise smelled like black licorice!  As they moved down the table they were offered a taste of fresh golden pineapple as well as a piece of the grilled flatbread pizza.  How fun it was for them to see a whole eggplant and then get the opportunity to taste it!  At the end of the display, they were given a colorful bag and they were able to choose one piece of fruit to take home with them.  The educational lunch bags were obtained for free using points from the Cool School Café website. 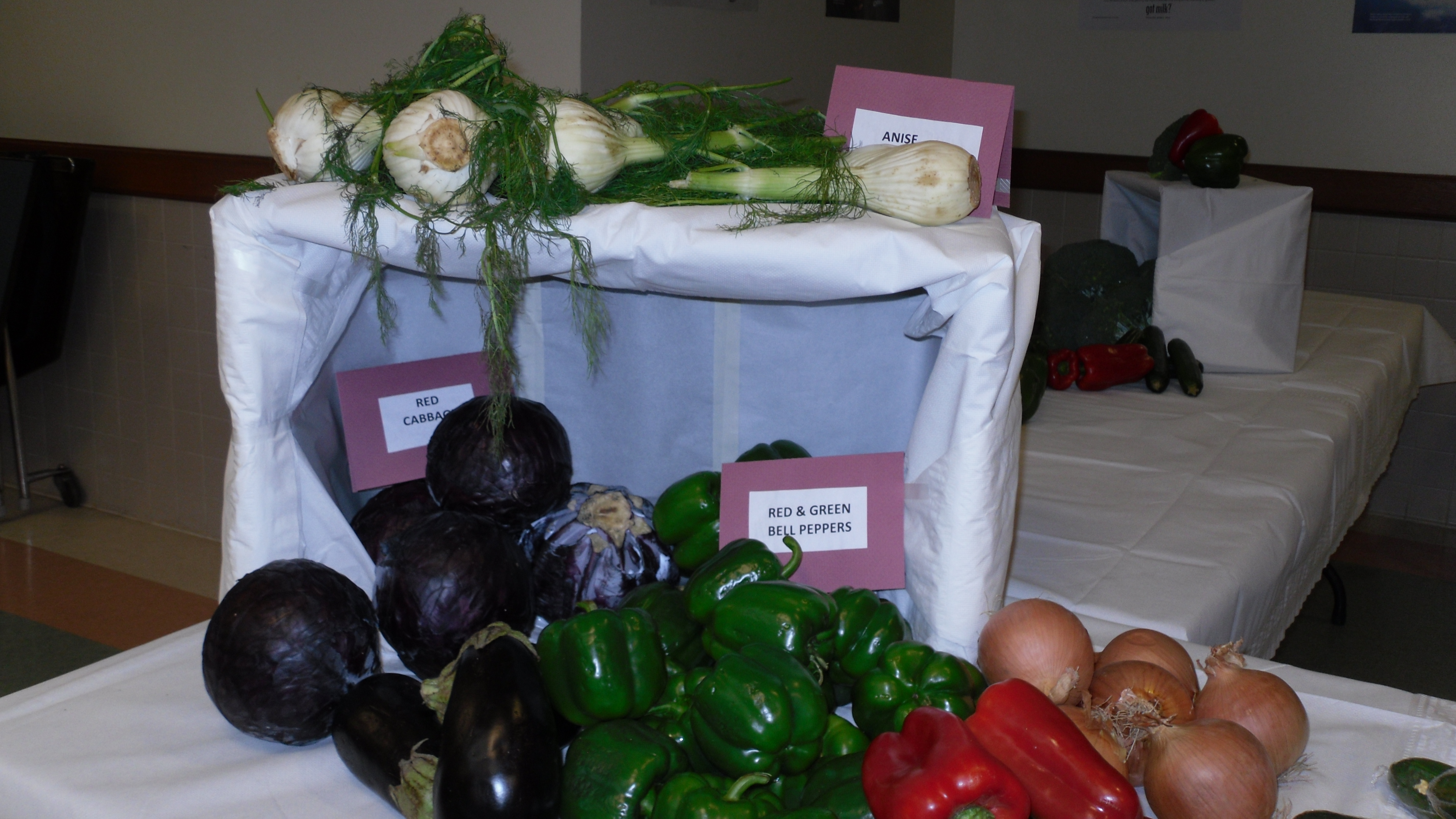 “Students were so excited to see all the different colorful fruits and vegetables – even the younger ones!” said Susan Rodriguez, Cafeteria Manager and Frazer K – 8 School.  “This is an opportunity that they normally would not get.”

The event was so successful and well received that a Farmer’s Market was held at Seymour Elementary School the following month. Plans for more Farmer’s Markets are being made for the 2013-2014 school year.