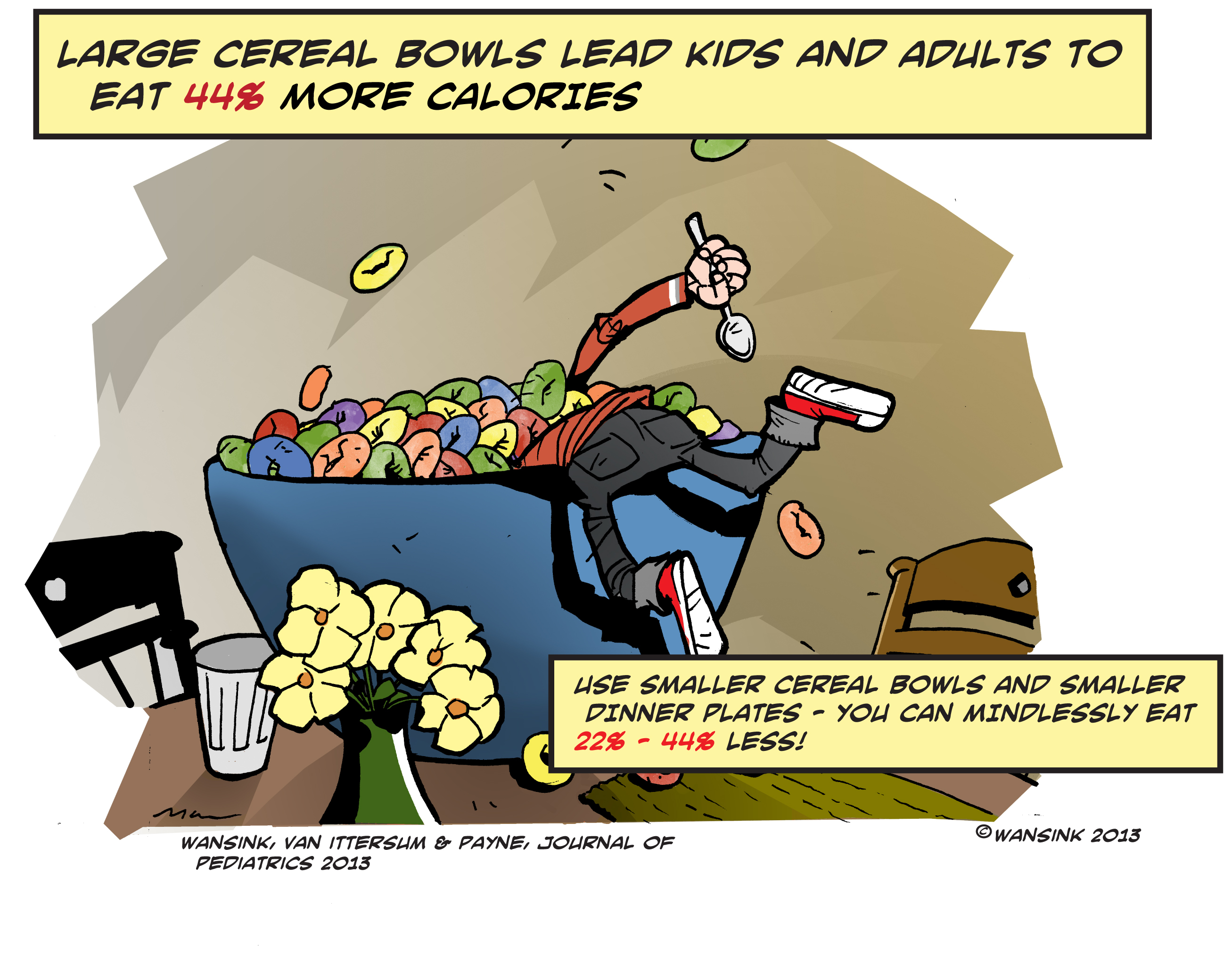 The effect of plate and bowl sizes on portion size and calorie consumption by adults and children is well documented in literature. Larger the dish the more food you or the server is likely to put on it. But how much of a difference are we really talking about?

What we know about portion size from previous studies:

A 2013 study from the Cornell Food and Brand Lab helps to give perspective on the extent to which size of a cereal bowl impacts how much cereal children request and how much they consume. The study sought to answer two questions: Does bowl size affect the amount of cereal requested among children and does larger portion size translate into higher consumption and waste?

What this study found:

To determine the effect of bowl size on amount of cereal requested, consumed, and wasted by children two studies were conducted. In the first study, 69 preschool aged children were randomly given either an 8 or 16 ounce bowl and asked to tell servers when the bowl contained the amount of cereal that they wanted for a morning snack. The bowls were measured and researchers found that in alignment with previous findings that children:

The second two day study looked at consumption and waste. Eighteen school-aged children were randomly given either a small (8oz) or large (16 oz) bowl at breakfast one day and the opposite size the following day. As in the other study, participants were asked to notify servers when they received the amount of cereal that they desired. These slightly older children also requested over twice as much cereal in the larger bowls. Regardless of gender or BMI these children:

Children in this study were also asked to indicate what size bowl they used at home from a selection of various sized bowls to determine the average bowl size that they normally eat from at home. The average bowl size that children reported using at home held 19.2 ounces (2)! According to the Academy of Nutrition and Dietetics one serving of cereal, before adding milk should be about 1 ounce.

What we can take away from this study:

Children unintentionally request more cereal in larger bowls indicating that they use the bowl as a reference for how much food they want. To combat this bowl size trickery:

Follow these easy tips and your children may consume fewer unneeded calories and your cereal may even go farther!