Data collected by the Centers for Disease Control show that about half of the reported cases of foodborne illnesses occur in children, with the majority of cases occurring in children under 15 years of age (CDC, 2009). Children can suffer short- and long-term consequences and, in some cases, die from foodborne illness. Because of their vulnerability, it is important that children learn early about how and why microorganisms can make them sick. This can be done using hands-on experiments that make microorganisms “visible” to students. These experiments, along with theoretical knowledge about cross-contamination during food preparation and emphasis on safe food handling procedures, have been shown to improve food safety knowledge and behaviors (Faccio, 2013). 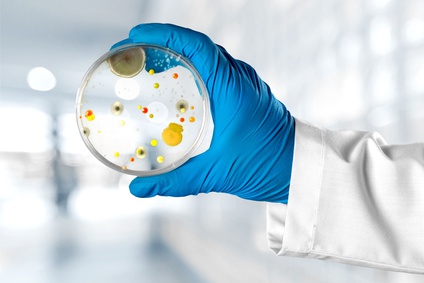 In a study of effective food safety interventions implemented in schools, researcher Elena Faccio used agar plates and slides that allowed students to grow bacteria. Agar plates are petri dishes with a culture medium that can be purchased from many laboratory suppliers. Faccio and colleagues used two types of agar plates, the Rose-Bengal Chloramphenicol Agar Plate and the Blood Agar Plate, and the Coliform Contact Slide for student experiments.

An evaluation of these practical methods of teaching food safety showed that children who participated in the experiments were able to clearly define the causal linkage between the action of a microorganism and its consequences on people and the environment, whereas, students who received only theoretical knowledge were less likely to put microorganisms into a specific and concrete context (Faccio, 2013). Interviews with children who participated in the experiments showed they were more likely to connect the microorganisms with behaviors such as hand washing and proper disposition of food to prevent contamination than did children exposed to theory alone.

Despite limited control over foods, including how are served, and handled, children should still learn protective behaviors that may keep them from becoming ill. Even young children can learn to wash hands correctly, practice good personal hygiene, and reduce the spread of germs (Eves, 2010). By learning protective behaviors, children also share what they learn about good food safety practices with their families, thereby convincing adults to adopt new healthy ideas and behaviors. The key to changing and maintaining protective food safety behaviors for young children is to provide experiences that lead to a deeper learning process rather than just theoretical knowledge about the role of microorganisms that cause illness.