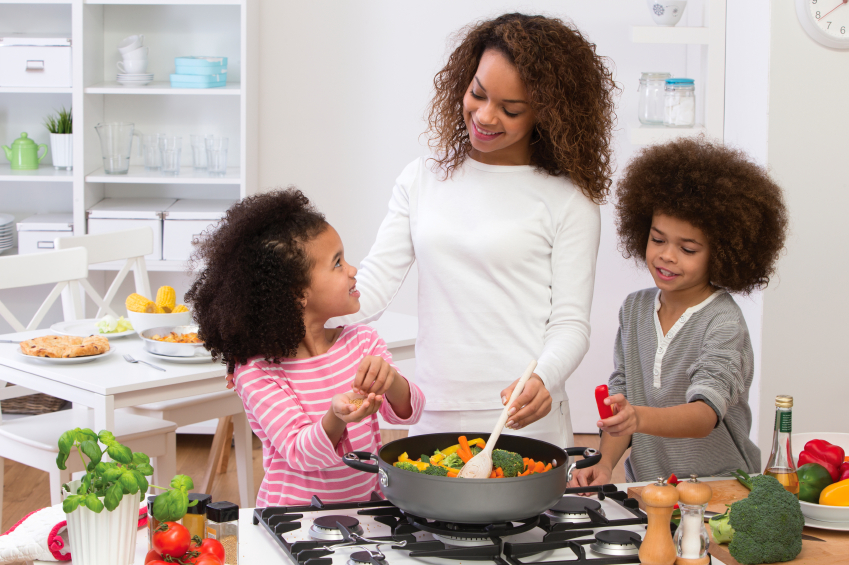 Whether a child chooses to pick up that piece of pizza or that salad in school has more reasoning behind it than we may think. There are a multitude of factors that influence children and adolescents’ food choices, and we know that the habits established early on tend to continue into adulthood. Factors that influence children and adolescents’ food choices include but are not limited to taste, money, peer pressure, presentation, external environment, availability, media/advertising, and family. While most of these have a great effect on children’s food choices, it has become clearer that family has the most crucial influence especially early on in life. Studies have shown that there is a strong correlation between what people eat when they are young and what they choose to eat as an adult. This doesn’t come as a surprise, because we simply grow up surrounded and exposed by certain foods so we become familiar with and develop particular tastes for them. It is obvious that over time, children and adolescents have been making poorer food choices at home and in schools. Rates of childhood obesity in the U.S. have more than doubled in children and quadrupled in adolescents in the past 30 years.

So why does family play such a significant role in a child’s eating behavior? Parents generally have control over their kids’ behaviors and what they eat at home. Parents or caregivers are the ones purchasing and preparing the foods. If a child does not have access to fruits or vegetables at home because their parents do not purchase them, then they are not going to have high consumption of produce at home. This may translate over to school lunches where a child may have an option to pick up a pear in the lunch line, but won’t because they have never tried one before or may not even know what it is. Whether a family purchases fresh produce is influenced by factors of its own: location, income, etc. It is often difficult for families to provide healthy food options if they are in a low-income situation or live far away from grocery stores or just don’t have the transportation to get there. Regardless of socioeconomic status, we can still encourage parents to teach their children healthy eating habits because they have the opportunity to choose healthy foods during school meals.

What we must also consider is that it’s not just about whether families have healthy food options at home or not. Parents could very well have fresh fruits and vegetables in the home and encourage their kids to eat them, but if the parents are not eating them, then the children become less likely to eat them as well. Children learn by observation. So it’s extremely important for parents to be sharing the same dietary habits that they preach.

Parental feeding behaviors also play a role in children’s eating habits. Parents often feed children more frequently, give larger portions, or use ‘junk’ food as a reward for positive behaviors. The restriction of highly palatable foods or using unhealthy rewards in the hopes of making a child eat healthier can often times have the opposite effect. This could encourage children and adolescents to consume more unhealthy foods even at school.

How often families eat meals together and even television exposure plays a part in food choices as well.  Research has shown that snacking on foods, specifically high-calorie and sugar-sweetened beverages increases while watching tv, increasing the risk of overweight and obesity in children. Eating regular meals together may decrease the likelihood of children going for that bag of chips and watching hours of Spongebob.

So, the development of healthy eating habits of youth start with the parents. Parents should be given the necessary tools and education to ensure adequate dietary knowledge about what their children should be eating at home, so that they continue to make those same choices in school and later on in life.