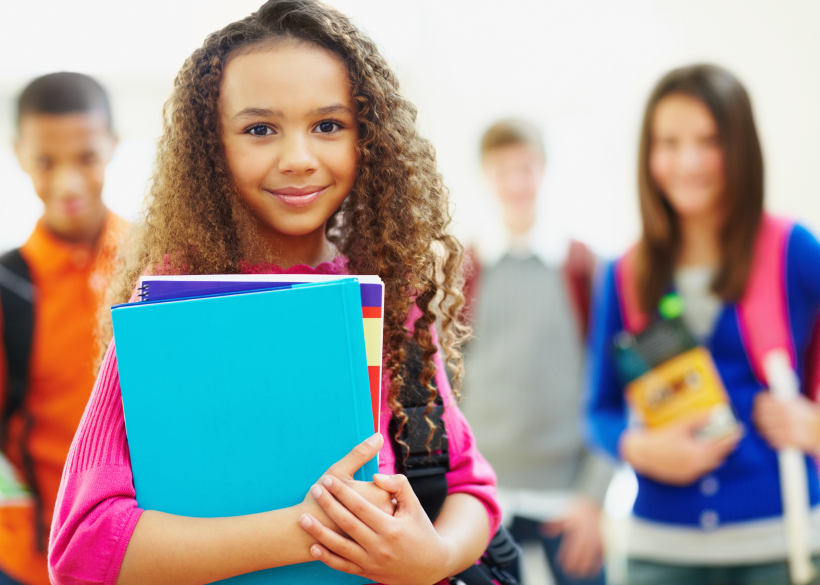 Advocates of child health have experimented with students’ diets in the United States for more than twenty years.  Initial studies focused on benefits of improving the health of students are apparent.  Likewise, improved nutrition has the potential to positively influence students’ academic performance and behavior.

Though researchers are still working to definitively prove the link, existing data suggests that with better nutrition students are better able to learn, students have fewer absences, and students’ behavior improves, causing fewer disruptions in the classroom.[1]

Several studies show that nutritional status can directly affect mental capacity among school-aged children. For example, iron deficiency, even in early stages, can decrease dopamine transmission, thus negatively impacting cognition.[2] Deficiencies in other vitamins and minerals, specifically thiamine, vitamin E, vitamin B, iodine, and zinc, are shown to inhibit cognitive abilities and mental concentration.[3]  Additionally, amino acid and carbohydrate supplementation can improve perception, intuition, and reasoning.[4] There are also a number of studies showing that improvements in nutrient intake can influence the cognitive ability and intelligence levels of school-aged children.[5]

Provide a Balanced Diet for Better Behaviors and Learning Environments

Good Nutrition helps students show up at school prepared to learn. Because improvements in nutrition make students healthier, students are likely to have fewer absences and attend class more frequently.  Studies show that malnutrition leads to behavior problems[6], and that sugar has a negative impact on child behavior.[7]  However, these effects can be counteracted when children consume a balanced diet that includes protein, fat, complex carbohydrates, and fiber. Thus students will have more time in class, and students will have fewer interruptions in learning over the course of the school year.  Additionally, students’ behavior may improve and cause fewer disruptions in the classroom, creating a better learning environment for each student in the class.

Sociologists and economists have looked more closely at the impact of a student’s diet and nutrition on academic and behavioral outcomes.  Researchers generally find that a higher quality diet is associated with better performance on exams,[8] and that programs focused on increasing students’ health also show modest improvements in students’ academic test scores.[9]  Other studies find that improving the quality of students’ diets leads to students being on task more often, increases math test scores, possibly increases reading test scores, and increases attendance.[10]  Additionally, eliminating the sale of soft drinks in vending machines in schools and replacing them with other drinks had a positive effect on behavioral outcomes such as tardiness and disciplinary referrals.[11]

Every student has the potential to do well in school. Failing to provide good nutrition puts them at risk for missing out on meeting that potential.  However, taking action today  to provide healthier choices in schools can help to set students up for a successful future full of possibilities.

Nelson, M. (1992) Vitamin and mineral supplementation and academic performance in schoolchildren. Proceedings of the Nutrition Society, 51, 303–313.